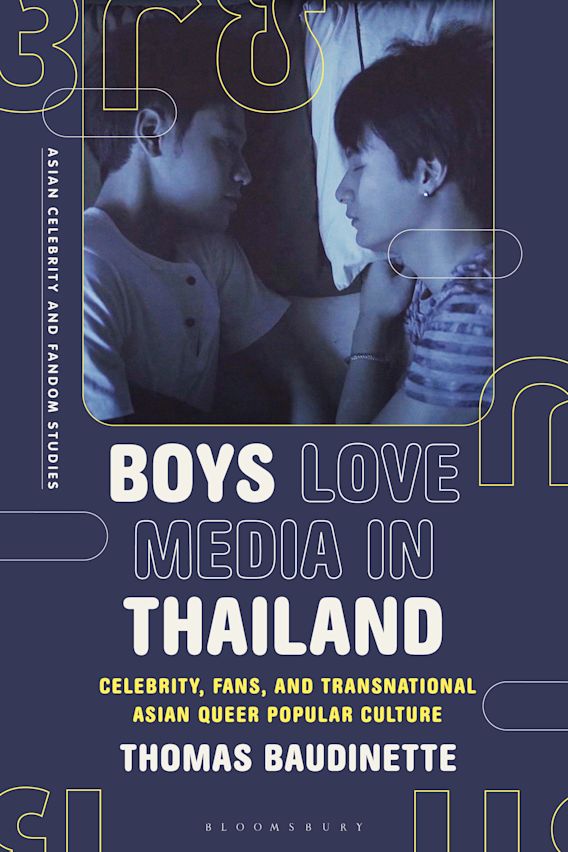 Over the past several decades, the Thai popular culture landscape has radically transformed due to the emergence of “Boys Love” (BL) soap operas which celebrate the love between handsome young men. Boys Love Media in Thailand: Celebrity, Fans, and Transnational Asian Queer Popular Culture represents the first book length study of this increasingly significant transnational pop culture phenomenon. Drawing upon six years of ethnographic research, the book reveals BL’s impact on depictions of same-sex desire in Thai media culture and the resultant mainstreaming of queer romance through new forms of celebrity and participatory fandom. The book explores how the rise of BL has transformed contemporary Thai consumer culture, leading to heterosexual female fans of male celebrities who perform homoeroticism becoming the typical consumer to whom Thai pop culture is geared. Through the case study of BL, this book thus also investigates how Thai media is responding to broader regional trends across Asia where the economic potentials of female and queer fans are becoming increasingly important. The book ultimately argues that the center of queer cultural production in Asia has shifted from Japan to Thailand, investigating both the growing international fandom of Thailand’s BL series as well as the influence of international investment into the development of these media. The book particularly focusses on specific case studies of the fandom for Thai BL celebrity couples in Thailand, China, the Philippines, and Japan to explore how BL series have transformed each of these national contexts’ queer cultures.